Understandably, Justin Bogh had a minor freakout when he began receiving these texts from his wife, Kayla Eby. Kayla told Justin she had “found” an abandoned dog, but something didn’t look quite right to Justin.

Once the gears in Justin’s mind began turning, he came to the realization that the “dog” in the photo wasn’t what it seemed. His reaction was priceless – he even jokingly asked Kayla for a divorce!

Turns out that Kayla, a preschool teacher from Seaside, Oregon, is a talented prankster! With some clever trickery, including the use of Photoshop, she really got one over on her husband, and it was all captured in the text message screenshots below! 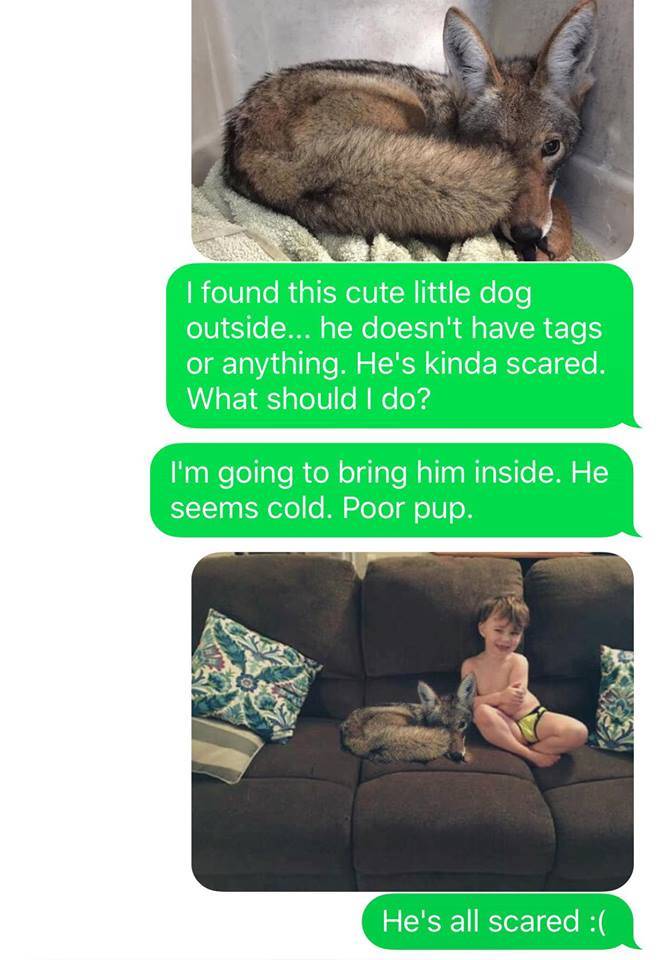 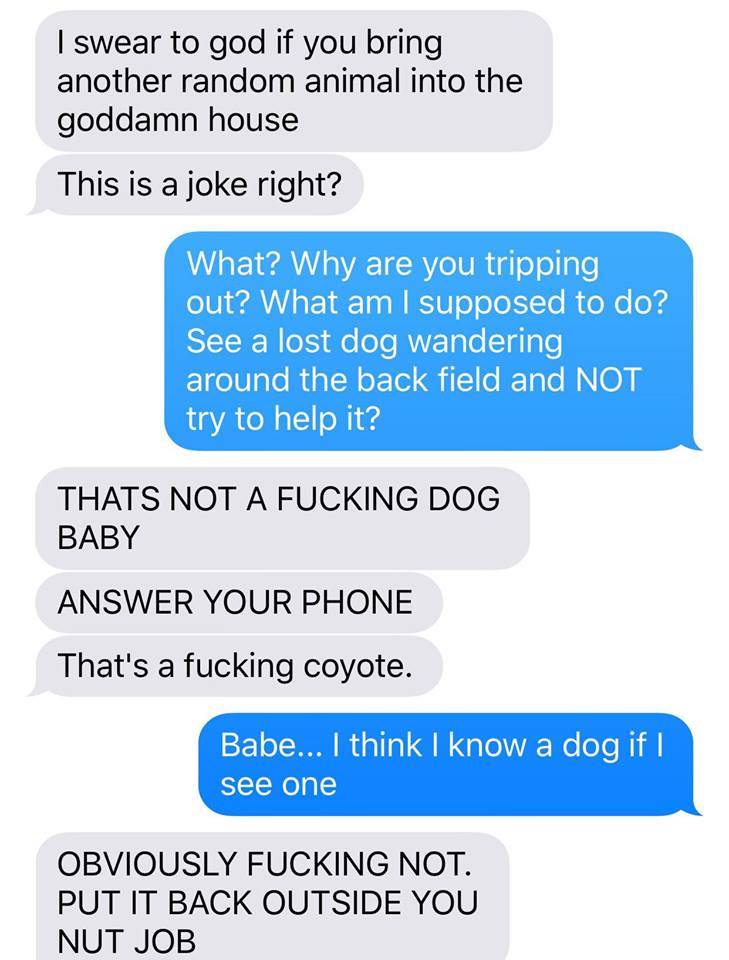 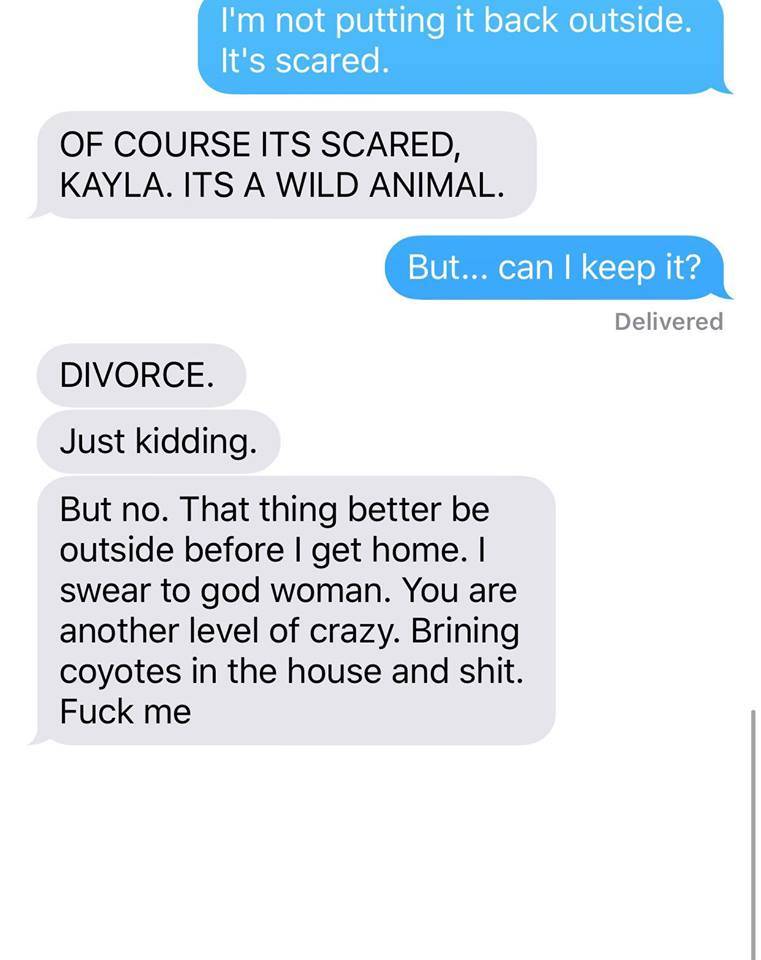 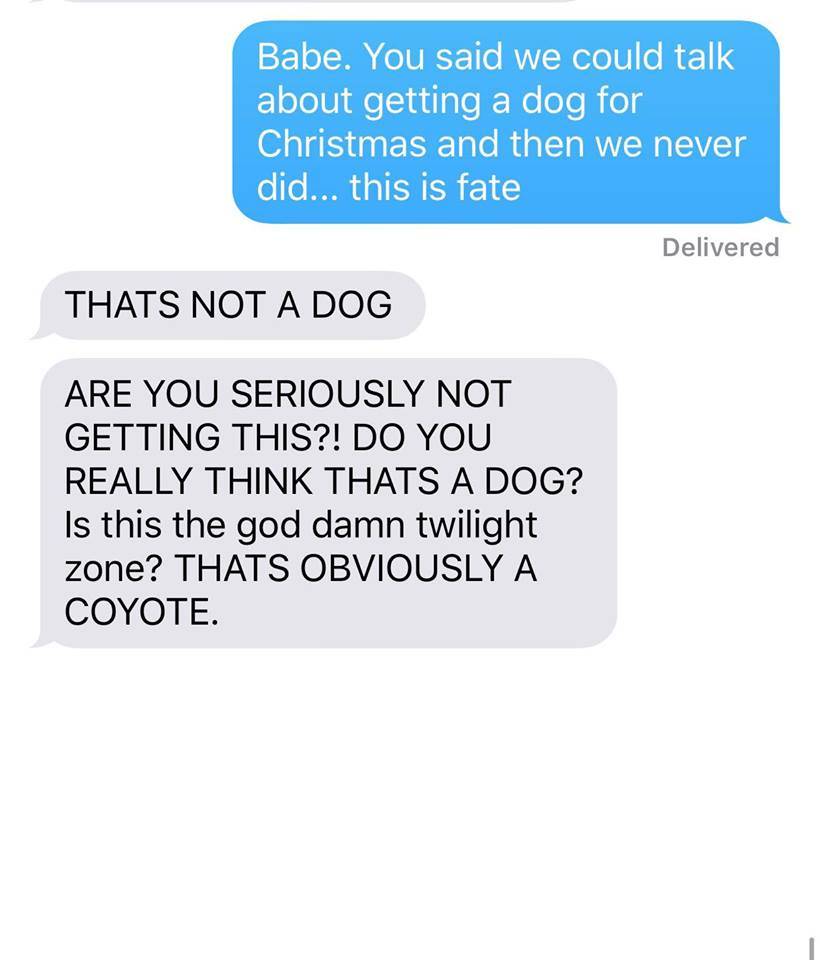 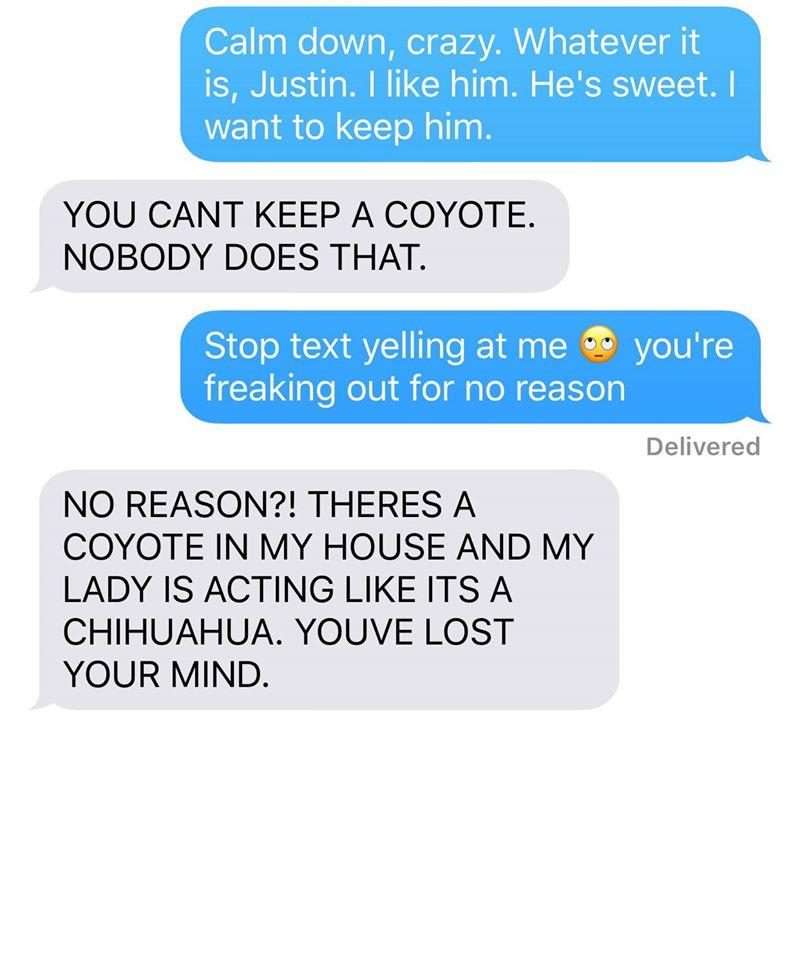 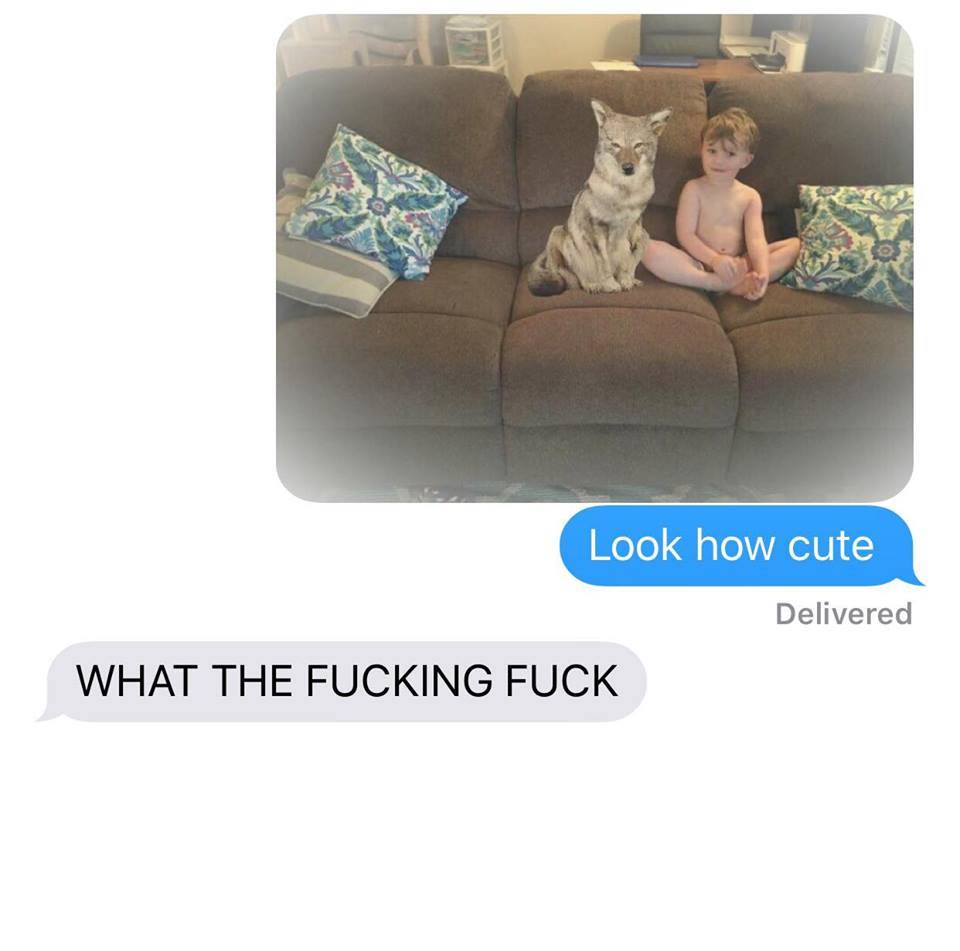 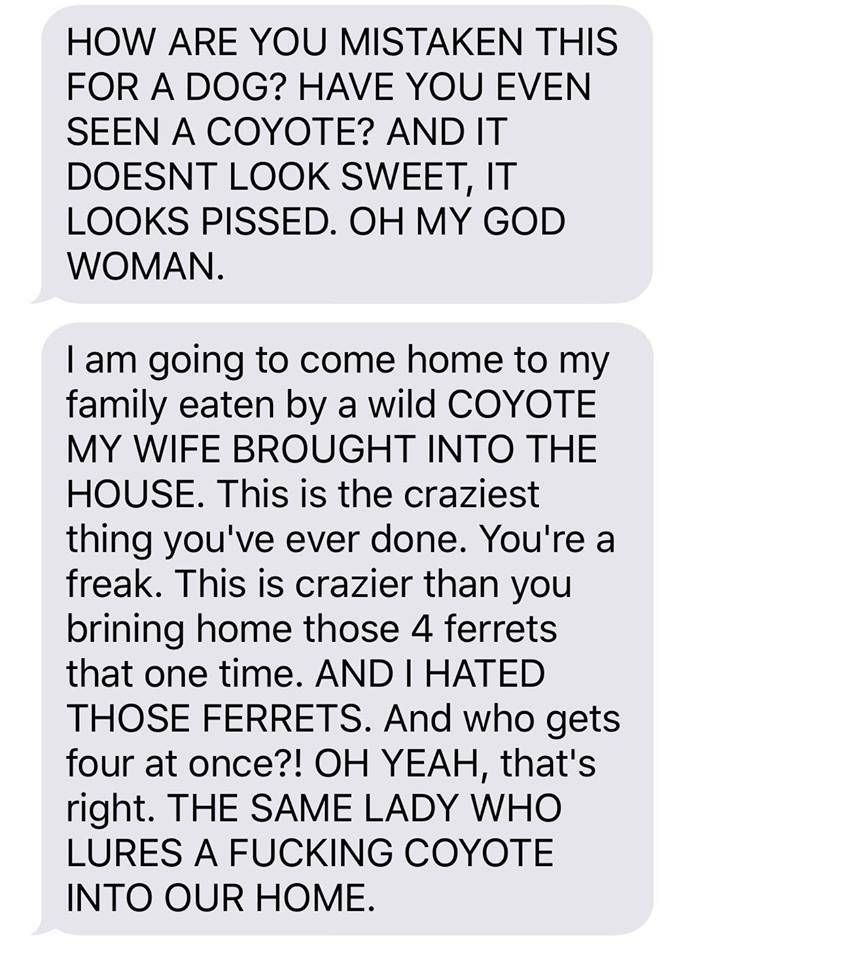 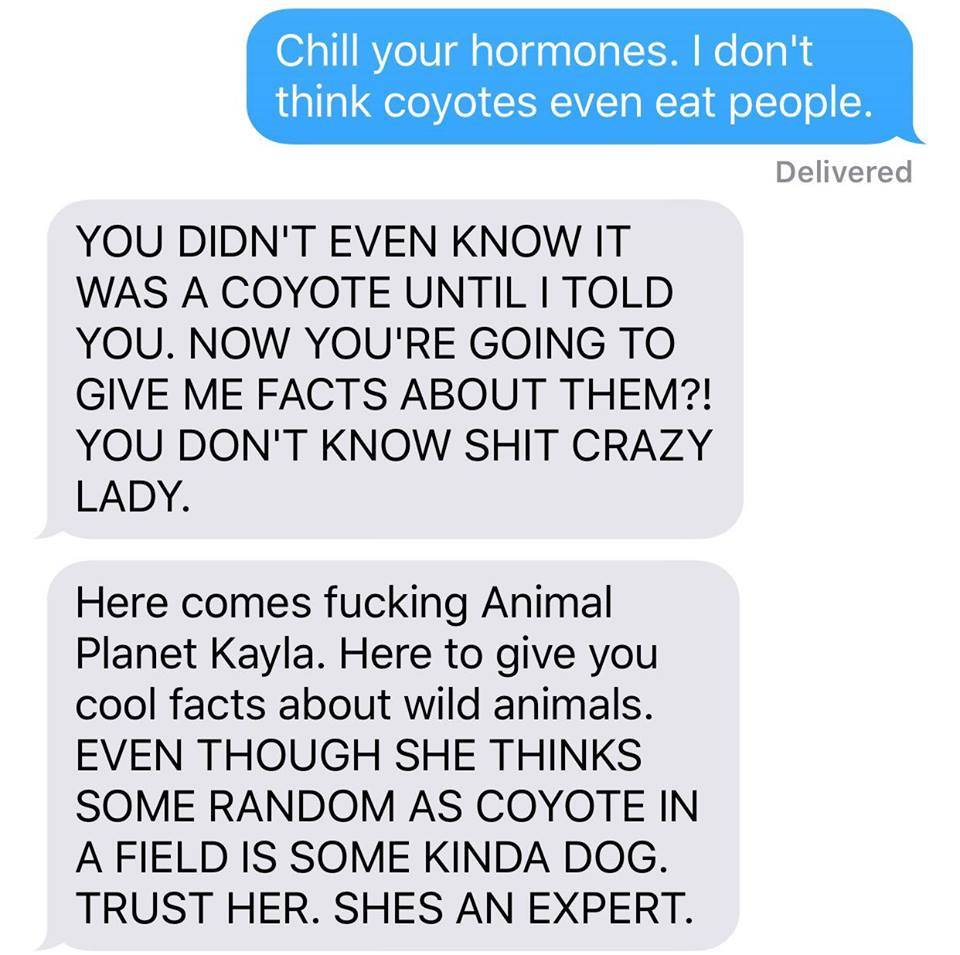 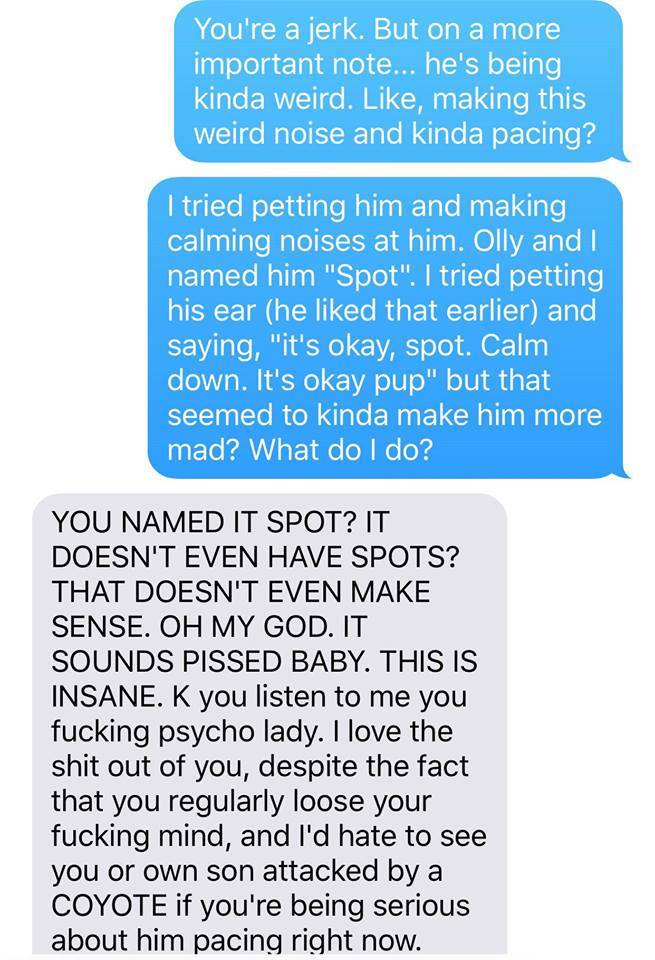 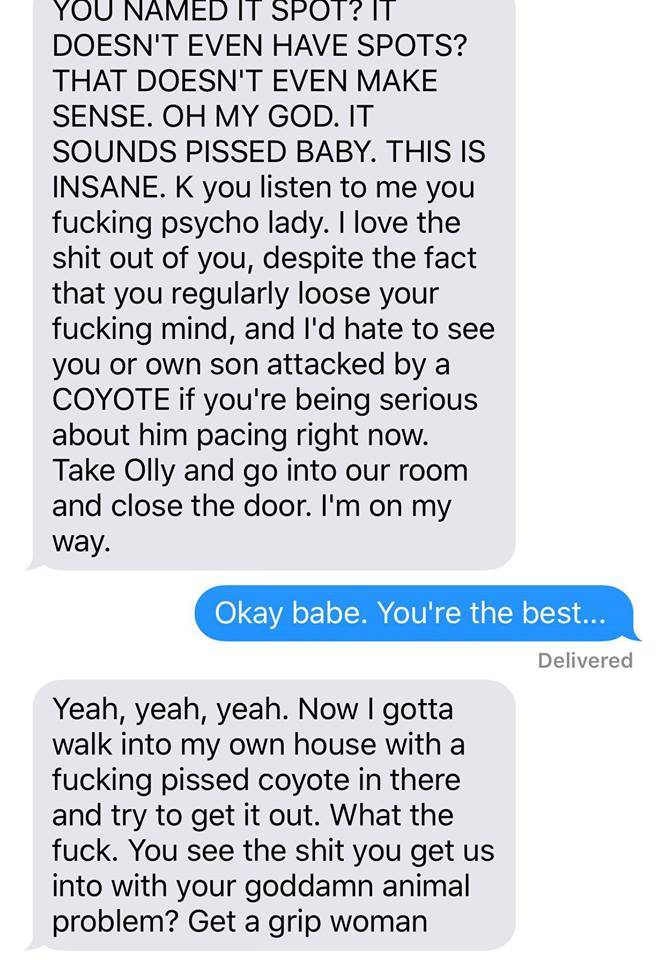 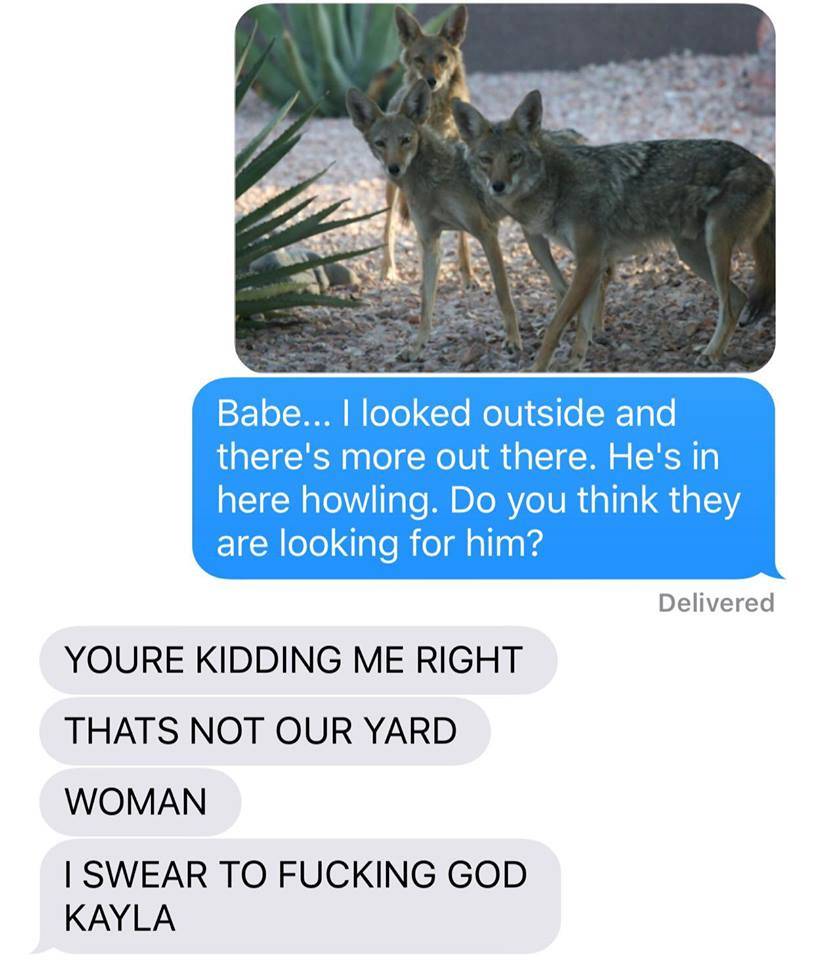 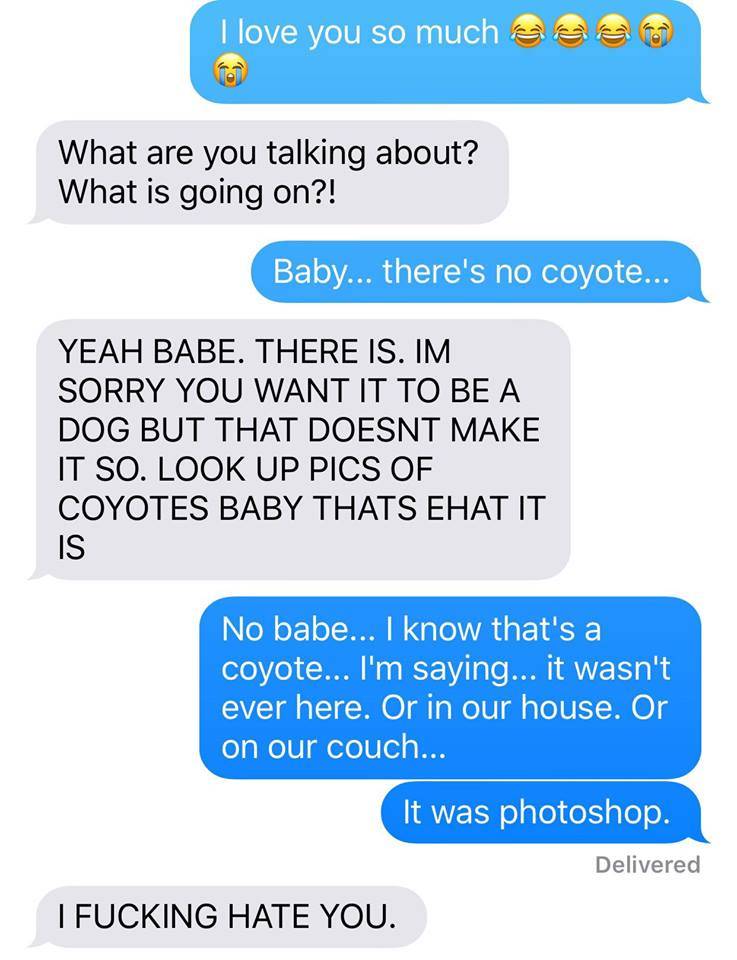