Derby the Husky was born with deformed front legs and was rescued by Peace and Paws Dog Rescue, located in New Hampshire. He was then placed in a foster home in Boston, MA, where Tara Anderson became his foster mom. Tara had already adopted a dog from Peace and Paws, and when she hard of Derby’s story, she was moved to tears almost every time she thought about it. So, Tara was the kind, loving soul to take Derby in. 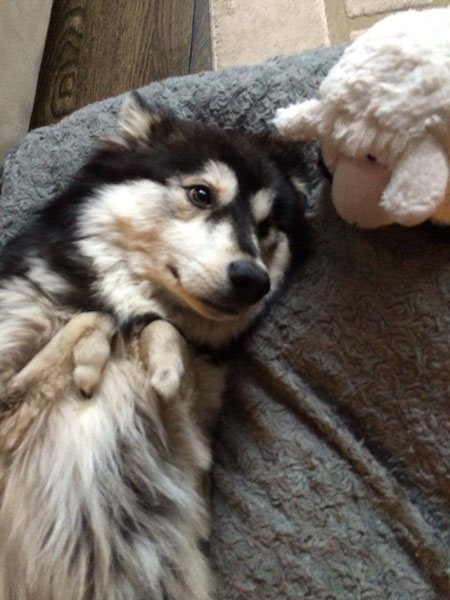 Derby really hit the jackpot with Tara, because since Tara was the Director of CJP Product Management at 3D Systems she made it her goal to have Derby running on his own. And, running Derby did! Tara created custom 3d printed prosthetics for the dog, and he’s almost as good as new now! Not only that, but Tara’s parents ended up adopting Derby. Watch the video below to hear Derby’s amazing story, and you can follow him on his very own Facebook page, Derby Portanova.