Dogs. There really is no other animal like them. They’re smart, kind, and would do just about anything to keep us safe. All over the internet there are stories of dogs rescuing both humans and animals from dire situations. When the Chaichanhda family’s home in Stockton, California, recently caught fire, they made it to safety with the help of their unfathomably brave and dedicated pit bull, Sasha. 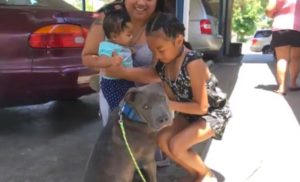 While everyone was sleeping, the eight-month-old dog was outside, which was odd since she usually curled up in the kids’ beds at night. It was a good thing she was out there, however, because she was able to see and smell the smoke rising from the apartment building from that vantage point. She bashed into the back door and barked until someone let her in. 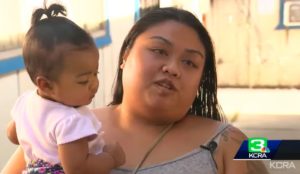 Lantana Chaichanhda, who goes by Nana, was staying in the building, which belonged to her cousin, when she realized that the complex was going up in flames. Nana was still getting her bearings when she let Sasha in, and once the dog was through the door, she barreled into the baby’s room. 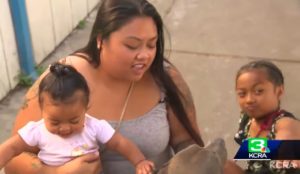 In Nana’s words, “[Sasha] had already had my baby by the diaper and was dragging her off the bed.” Far from the nonsense stereotype of pit bulls being aggressive, Sasha could not possibly love the baby more than she does. The two of them even bathe together. 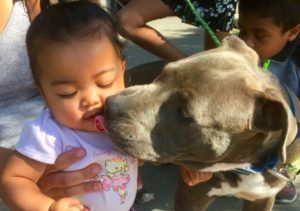 “I owe her everything,” Nana said. “If it wasn’t for her, I would have still been in bed and things could have taken a worse turn.” 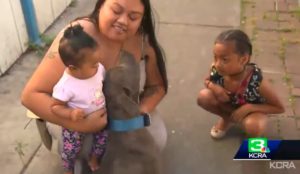 “She’s always been part of the family, but now she just gets steak,” Nana joked of the loving, loyal pooch who saved their lives. 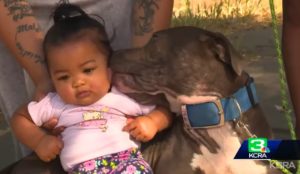 “I owe Sasha my life and my children’s. She saved us all. She is our hero. Without her, we probably would’ve never made it out. “ If Sasha’s bravery and determination warmed your heart, definitely share her story with all the animal lovers you know!
Prev Article Next Article